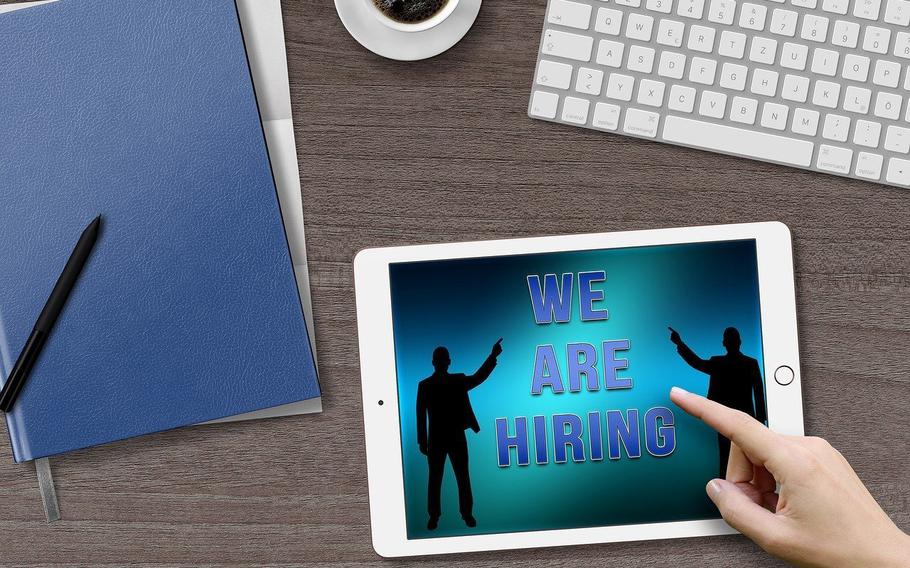 Enlisted service members working in intelligence and information technology are more likely to find higher paying civilian jobs than troops in the combat arms or medical and transportation fields, according to a newly released study from Rand Corp. (LaTonya Kelly/U.S. Army)

Enlisted service members working in intelligence and information technology are more likely to find higher paying civilian jobs than troops in the combat arms or medical and transportation fields, according to a newly released study from Rand Corp.

“We can see from this work that there are certain types of occupations that seemed to have lower earnings, and that therefore would be the best places to concentrate [transition resources],” said Charles Goldman, senior economist and lead author on the study titled “Navigating a Big Transition: Military Service Members’ Earnings and Employment After Active-Duty Service.”

By matching more than 1 million military service records from 2002 to 2010 with tax records from the U.S. Social Security Administration, researchers tracked the first three years that troops are out of the military to see how the newly separated veterans’ income fared over time and compared to their final pay on active-duty service.

It can take several years to acquire this type of data because it has to be scrubbed to protect people’s privacy, Goldman said. Though it is a decade old, he believes there is still value in understanding trends and patterns to inform policy decisions and resource allocation.

Outside of military occupations, the 72-page report also breaks down how wages vary in regard to gender, time of service, deployment history and discharge status.

While men serving in the Army as human intelligence operators averaged a first-year civilian salary of $49,503, an infantryman and medic earned about $21,680 and $21,569, with those amounts back to 2013, according to the report.

Those military jobs that launch into higher civilian wages typically have more transferable skills, Goldman said. Looking at enlisted health care fields, such as combat medic, those skills typically transfer to become an emergency medical technician, which is a low-paying job in the civilian sector.

Given the timeframe of the data, he also thinks the ongoing wars in Iraq and Afghanistan and the growth in civilian contractor jobs requiring a top-secret security clearance might have benefited troops serving in intelligence and information technology positions. People who hold that level of clearance typically earn higher wages, Goldman said.

Each of the services has made substantial improvements to their transition programs since the time period for this data, but Goldman said he still believes it shows insight into how and where to focus those programs and resources. Some of those changes include new programs to help troops earn civilian certifications through their military jobs and allowing more time before separation to prepare resumes, look for employment and participate in specialized training through partnerships with corporations, businesses and trade organizations.

Looking ahead, Goldman said future research could use this data to focus in on those time periods where changes were made to transition programs to see what impact they had.

Better civilian employment helps with recruiting and retention, but also the Pentagon’s bottom line, he said. The Defense Department paid more than $900 million annually in unemployment to former service members during the early 2010s when the country experienced a “weak job market following the Great Recession,” according to the report, which cited the Congressional Budget Office.

“These costs have come down markedly in recent years, perhaps because of a strong job market and deliberate introduction of credentialing, employment training and transition assistance programs. Nonetheless, the U.S. economy goes through cycles, and (as this report is being prepared in 2020) a very negative cycle could just be beginning with the economic consequences of the coronavirus pandemic, highlighting the importance of maintaining and targeting transition support,” according to the report.

During the three years that researchers tracked veterans’ income, their pay did increase on average, but many were starting out at an income less than what they made in the military. Determining why this occurred is slightly beyond the purview of this data, because the civilian income data didn’t show researchers whether veterans were working full-time, part-time or perhaps going to school. It just showed the amount of money that they brought home.

“People can have an anecdotal sense that there’s a lot of money to be made in civilian life,” Goldman said. “Our analysis shows that for many members, their incomes are better when they’re on active duty, and that actually making this transition to civilian life is a significant challenge.”

Rose L. Thayer is based in Austin, Texas, and she has been covering the western region of the continental U.S. for Stars and Stripes since 2018. Before that she was a reporter for Killeen Daily Herald and a freelance journalist for publications including The Alcalde, Texas Highways and the Austin American-Statesman. She is the spouse of an Army veteran and a graduate of the University of Texas at Austin with a degree in journalism. Her awards include a 2021 Society of Professional Journalists Washington Dateline Award and an Honorable Mention from the Military Reporters and Editors Association for her coverage of crime at Fort Hood.